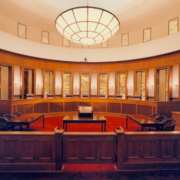 Michael DaCorta, the architect and chief executive of the $80 million Oasis Ponzi scheme, was sentenced to 23 years in federal prison on Thursday, October 20, 2022.  DaCorta also was ordered to pay $53,270,336.08 in restitution.  The judge and federal prosecutors confirmed Thursday that any assets collected will be distributed to investor-victims through the Receiver’s ongoing claims process.

A jury convicted DaCorta in May of conspiracy to commit wire fraud and mail fraud, money laundering, and filing a false income tax return.  Testimony at the trial established that DaCorta and others had persuaded victims to invest by promising 12% interest with no risk to principal.  DaCorta claimed he had perfected “market making” technique in foreign currency exchange trading that would ensure profits for investors.  In reality, DaCorta’s trades lost money.  DaCorta and other insiders diverted millions for luxury homes, cars, and vacations for themselves.

U.S. District Judge William F. Jung gave DaCorta the statutory maximum sentences on the conspiracy and money laundering counts – 20 years and 10 years, respectively – and ordered that the sentences run concurrently.  DaCorta also received a three-year sentence on the income tax count, to be served after the 20-year sentence. Subsequent to his 23-year sentence, DaCorta will be subject to three years of supervised release.

Judge Jung described the Oasis Ponzi scheme as “a very good con.”  The victims lost their money and tended to blame themselves for getting involved, too.  “Their self-esteem was stolen,” the judge said.  Before imposing the sentence, the judge heard from two of the victims, a couple whose initials are P.K. and K.K.  She stated that her family was “emotionally drained” by the loss of money meant for their children’s marriages and educations.  He called DaCorta “a parasite on society.”

The judge also heard from the court-appointed Receiver, Burton W. Wiand, who described Oasis as “one of the most insidious schemes I’ve ever encountered.”  Wiand stated that he had approved a total of $58 million in victim claims and would begin distributing funds shortly. The Receiver noted that approximately $20 million dollars has to date been recovered. Wiand stated that before Oasis, DaCorta had perpetrated two other investment frauds, International Currency Traders (ICT) and Strata Group.  In light of DaCorta’s past conduct, Wiand told the judge, “leniency is not appropriate.”

DaCorta’s criminal conspirator, attorney Joseph S. Anile, II, pleaded guilty in 2020 and testified against DaCorta at trial.  Anile currently is serving a 10-year sentence.  He has a pending request for a sentence reduction in light of his cooperation with the government and the Receiver and his testimony against DaCorta.

DaCorta’s attorney announced his intention to appeal the conviction.  The judge denied DaCorta’s request to remain free pending appeal.  DaCorta was taken into custody in the courtroom at the conclusion of the sentencing. DaCorta currently is 57 years old and will be 80 years old at the conclusion of his incarceration.  DaCorta’s lawyer requested that the sentence be served at a lower-security prison in Florida or Alabama.